Accommodation
You are here:
Holiday in the centre of South Tyrol   -
Gourmet and culture   -
Highlights in South Tyrol 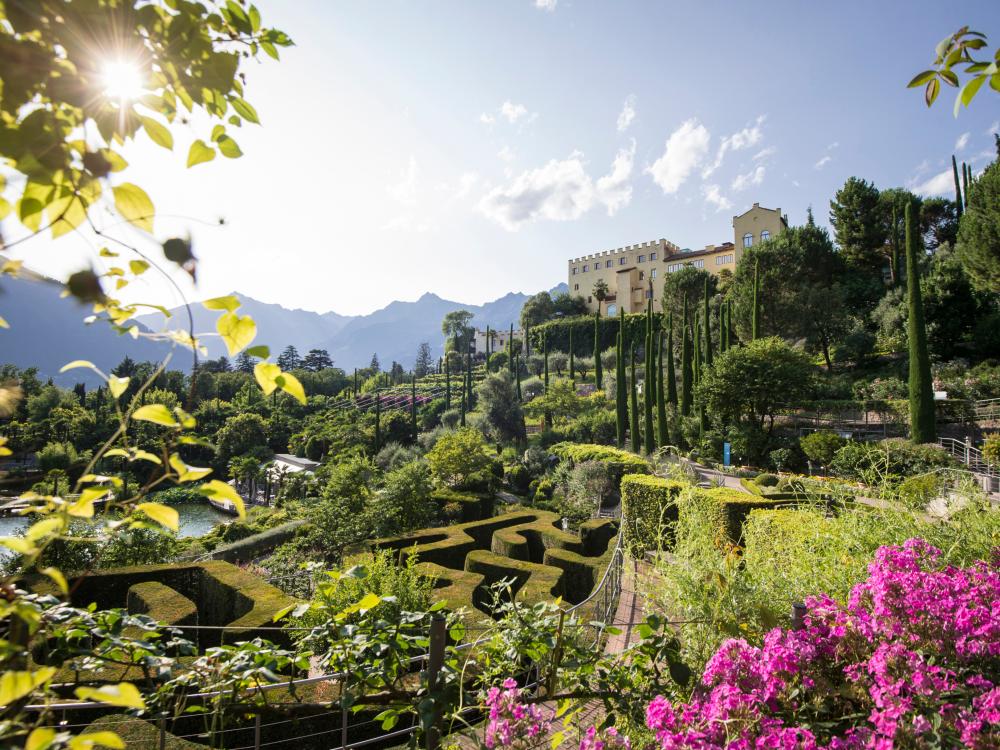 Bolzano/Bozen, the South Tyrolean Capital and its Museum of Archaeology
Bolzano, the capital of South Tyrol, delights visitors with its charming old town, its diverse architecture dating to different periods and its specific Alpine-Mediterranean charm. Bolzano is home to several museums, one of which is the South Tyrolean Museum of Archaeology, where the 5000 year old ice mummy Ötzi is on exhibit. Displayed along with Ötzi are also his clothing and his equipment, in addition to results of the latest scientific research. The Archaeological Museum is one of nine provincial museums and documents the entire history of the area, from the Paleolithic Era to the time of Charlemagne.

The Gardens of Trauttmansdorff Castle and the Touriseum
The botanical gardens of Trauttmansdorff Castle in Merano/Meran delight thousands of visitors each year, both locals and visitors alike. On over 12 acres of gardens it is possible to see flowers and plants deriving from all over the world. Each year temporary exhibitions are held, showcasing the wide world of plants. Trauttmansdorff also hosts the Touriseum, the first museum in the Alps that deals with the history of tourism in Tyrol. This entertaining interactive museum leads visitors on a journey through 200 years of history of tourism, from the point of view of the tourists and travelers, as well as the hosts.

The Messner Mountain Museum: Juval, Firmian, Ortles, Dolomites, Ripa and Corones
The former mountaineer Reinhold Messner has founded a museum project dedicated to the mountains, consisting of six different museum sites set amidst extraordinary Alpine locations. The five Messner Mountain Museums deal with mountain ranges all over the world as well as human civilizations and cultures in the mountains. The MMM in Firmian is dedicated to the subject of Man’s encounter with the mountain, while the MMM Ortles in Solda/Sulden leads visitors to The end of the world. The MMM Dolomites in the heart of the Dolomites, between Pieve di Cadore and Cortina d'Ampezzo, located in a spectacular landscape set at 2,181 m a.s.l., documents the history of the exploration of the Dolomites. The MMM Juval in Juval Castle in the Venosta Valley is dedicated to the Myths of the Mountains and MMM Ripa at Brunico Castel to Mountain People. The MMM Corones, situated on the summit plateau of Kronplatz (2,275 m), is dedicated to traditional mountaineering, which has strongly influenced – and been strongly influenced by – Reinhold Messner.

The Ethnographic Museum in Teodone/Dietenheim
The Ethnographic Museum in Teodone in Pusteria Valley is the oldest of the area’s provincial museums. It showcases the life of the local rural population over the centuries – from the aristocracy to the servants. In the center is the imposing Baroque residence Mair am Hof, built in the late 17th century, where visitors can admire the sumptuous rooms of the gentry and the ethnographic collections. In the large open area it is possible to see 20 original farmstead buildings dedicated to commercial use, agricultural gardens and pets. In this way, visitors can retrace empathically the ancient daily life of people in this area. From the museum, one can also enjoy a beautiful view of the entire city of Brunico/Bruneck with its churches, Brunico Castle and Plan de Corones/Kronplatz.

The Mining Museum in Predoi/Prettau
The main gallery in St. Ignaz in Predoi belongs among the mining museums of South Tyrol. The old mining railway has been adapted for visitors, leading approx. 1,000 meters into the mountain through 20 tunnels and shafts ranging from 1,400 to 2,100 meters above sea level. Here, the visitor can experience the ancient world of former miners, the cultivation of copper and its means of transport. Inside the mountain, one can visit two tunnels of 200 and 80 meters in length, with illustrations and mining scenes that explain the hard labor and life of miners in the past.

The Wine Museum in Caldaro/Kaltern
The South Tyrolean Wine Museum is located in the center of Caldaro and exhibits the history and evolution of viniculture in South Tyrol. The Wine Museum was opened in 1955 and is one of the earliest of its type in Italy. The exhibition revolves around work in the vineyards and wine production and storage. Also on exhibit are many ancient tools such as wine presses and containers for the transport of grapes and wine. Outside the museum is a trail that explains old and new practices of wine growing and at the same time provides an overview of daily life and culture in South Tyrol.

Coira Castle in Upper Venosta Valley
Coira Castle is located at the entrance of Mazia Valley in the village of Sluderno/Schluderns. It is one of the best preserved castles in South Tyrol and exhibits the largest private armor collection in the world, consisting of original Medieval weapons and armor. Coira Castle was built in 1253 by the bishop of Coira/Chur, Henry IV, and later the old fort was transformed into a magnificent Renaissance castle, which for almost 510 years has been owned by the von Trapp family. At the center of the Renaissance castle is a hall with frescoes on the Renaissance vaults, depicting the genealogical tree of the owners. The oldest part consists of the tower and the castle wall. Today, hundreds of visitors can admire the wood-paneled rooms with tiled stoves, the precious frescoes and the large library. Since 2006, Coira Castle has also been host to the Medieval Games of South Tyrol, held in August. 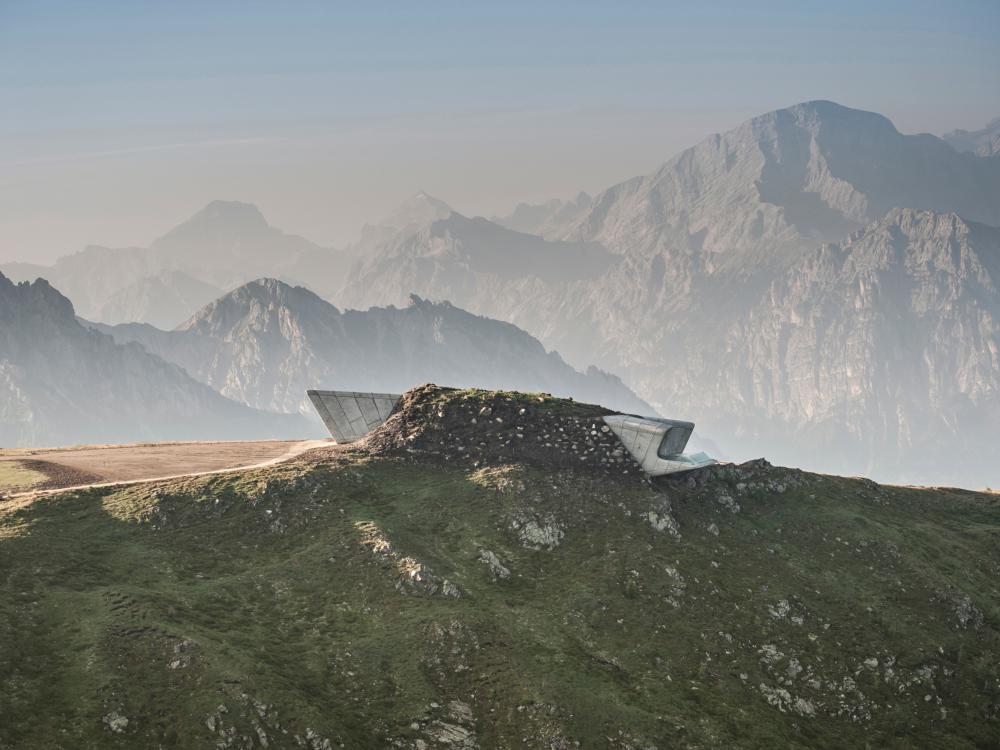 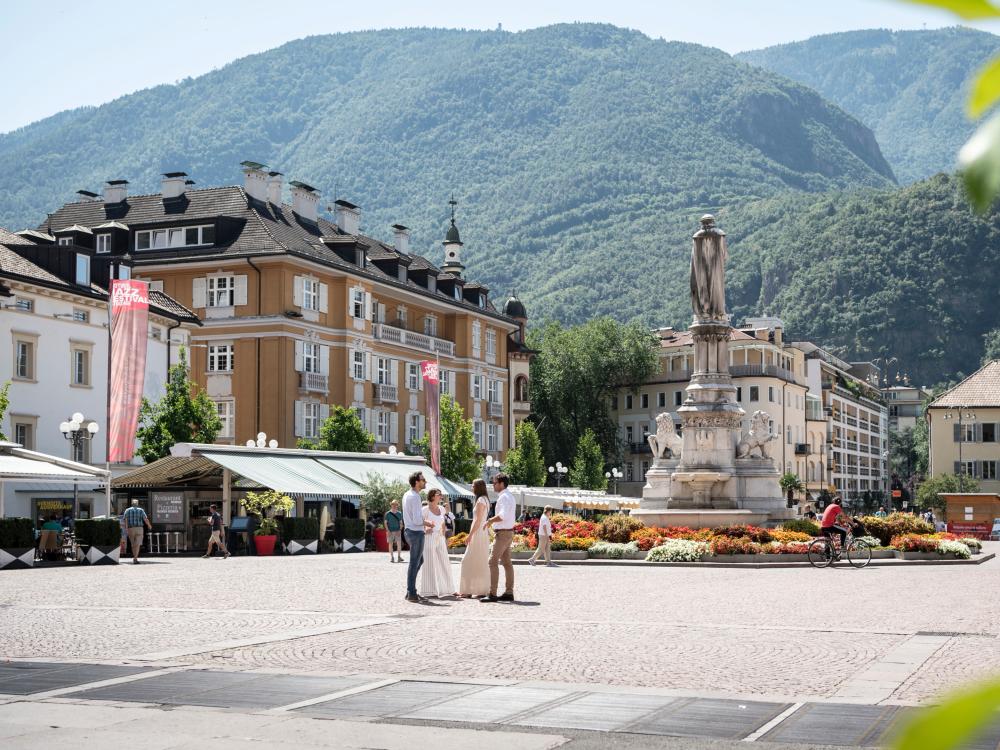