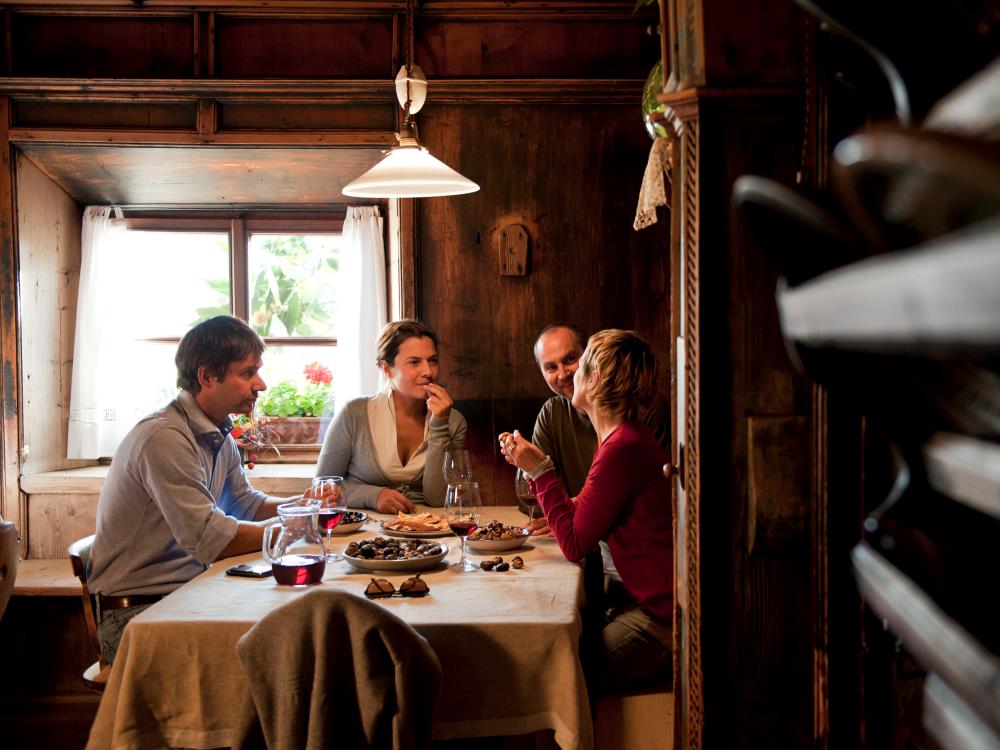 The atmosphere begins to warm up and the magic of this special time will never be forgotten. Fall has covered the countryside with its colourful shawl.
The grapes of the low-lying vines growing on the steep terraces bordered by stone walls have already been harvested and pressed for some time. Around the cellars wafts a pleasant smell of must and new wine. The giant chestnut trees have released the last nuts on the brown leaf bed below and the small chestnuts are gathered skilfully by farmers and children.

In the "frasche" of the Valle Isarco/Eisacktal valley it’s time to taste the new wine within the traditional Törggelen: the old taverns along the walking paths offer must, new wine, chestnuts roasted on vegetable coal embers, Speck (smoked ham), Kaminwurzen (smoked suasages) and many other delicious country style dishes. A good time is had by all and the conversation is lively. Every so often singing can be heard or even music creating a musical backdrop for the afternoon. Time flies by and many of the people in the happy party are weaving slightly as they finally leave the cosiness of the tavern to venture out into the evening twilight.

Each vine-grower has his own wine, made from vineyards that he has cared for and cultivated the entire year: even for those who love this type of outing, at the end of the season, around Christmas, it’s impossible to have tasted all the wines in the Valle Isarco. 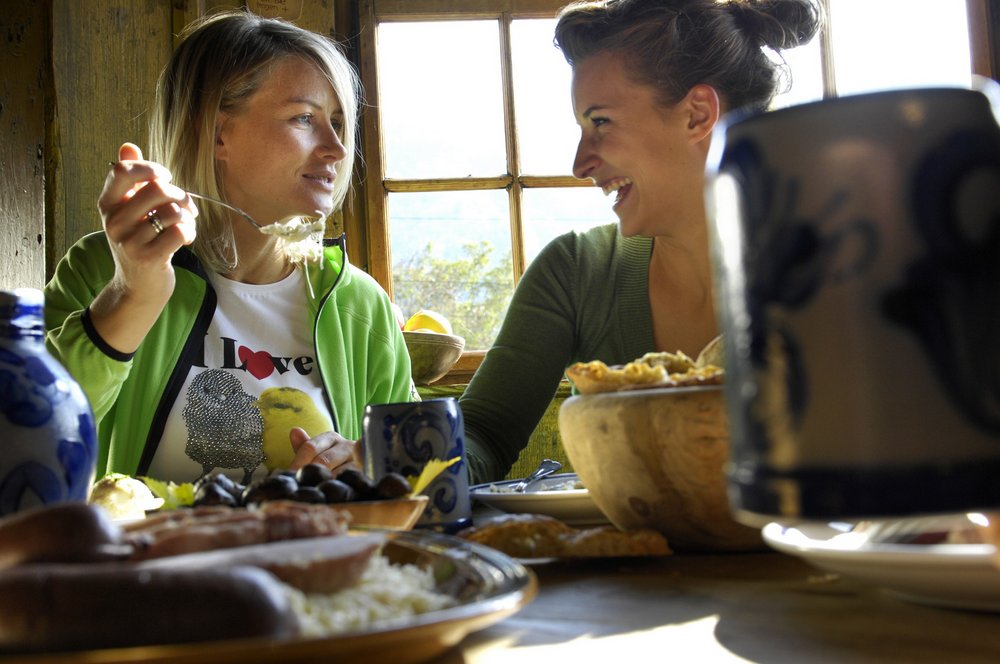 Combine the Toerggelen with a hike on the "Keschtnweg", the chestnut trail

Find here all the exercises which are offering the traditional Törggelen.